Re-enactment groups are societies of enthusiastic individuals who meet to relive military activities in historical times.  They research in minute detail the uniforms, equipment and military manoeuvres relevant to particular historical periods. Wearing reproduction uniforms and equipment the groups put on displays at carnivals, shows and anniversaries. 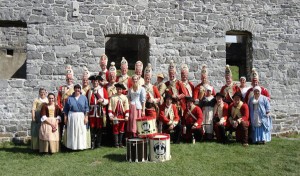 Vermont group with their ‘campfollowers’!

Over the past year or so the Inniskillings Museum has been developing links with two such military re-enactment groups, one in Ireland and one in Vermont, USA. These groups specialise in the uniforms and equipment of the 27th (Inniskilling) Regiment of Foot in 18th and 19thcenturies. 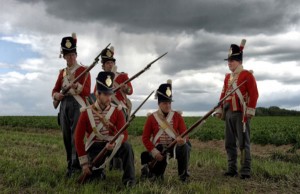 The Honourable Company of Foote at site of Waterloo

The Inniskillings Museum can provide photographs of original artefacts relating to uniform and moulds for the manufacture of buttons, buckles and the like. 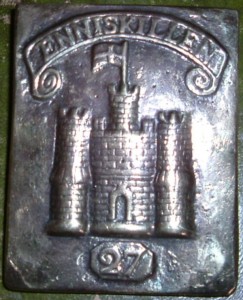 Cross Belt plate, made from a mould sent by the Inniskillings Museum to the group in Vermont

They, in return, have given us reproduction items of uniform for our figure reconstructions. 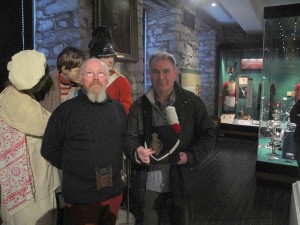 The American group have so far specialised in the 27th  (Inniskilling) uniforms of the period of the French and Indian wars in North America 1756 – 1763, (the Seven Years War).  They are currently working on the uniforms of 1815.  They call themselves ‘The 27th Regiment of Foot (Inniskilling) Napoleonic Re-enactment group’. 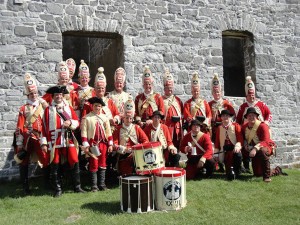 27th Inniskilling uniforms of the French and Indian war period – 1759 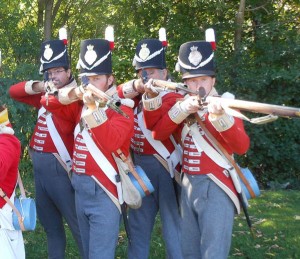 The Irish group is called ‘The Honourable Company of Foote’ and receives lottery funding towards the manufacture and purchase of equipment.  It is also equipped to recreate the late 17thcentury. 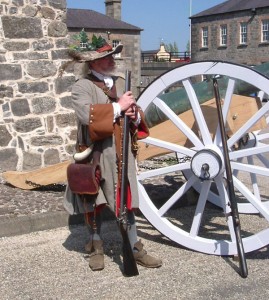 In the uniform of 1690 – Honourable Company of Foote

They put on a display dressed in their 17th and 19th century uniforms at Enniskillen Castle during the Inniskillings’ Regimental Day (St Lucia Day) on 26thMay 2012. 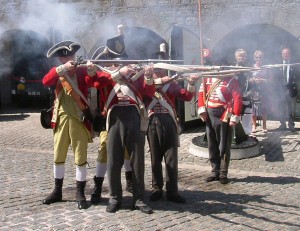 Both groups are planning to go to the site of the battle of Waterloo on the 200thanniversary, in June, 2015. 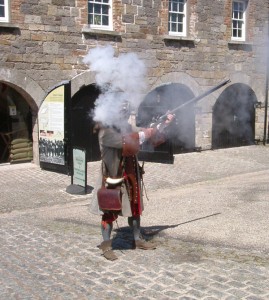 The 27thInniskillings were the only Irish infantry regiment present at the battle. 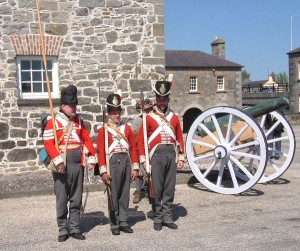 In the uniform of 1815 – Honourable Company of Foote