Captain William Cole, the founder of Enniskillen, was responsible for the building of the church as part of his undertaking to settle English families on the grant of land given to him in 1611 by James I. The site he chose is the higher of the two hills on the island. The first church, St Anne’s, was simple and small with a tower and spire and roofed with shingles. 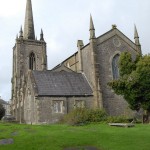 In 1826 it was extended in length. By 1832, the spire had become so unsafe that it had to be demolished. There followed a complete rebuild, finished in 1842.  The rector at this time was the Honourable and Reverend John Charles Maude, son of the first Viscount Hawarden and Baron de Montalt of Roscommon.

Following the First World War, money was raised and extensive improvements undertaken in tribute to those who served. At the same time, the parish church was elevated to become the cathedral church of St.Macartin in the Diocese of Clogher. 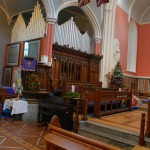 Cathedral Chancel and organ, with Regimental Chapel on left 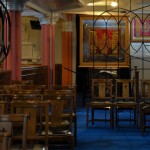 Regimental Chapel viewed from the front 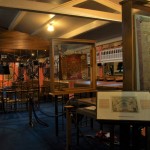 Regimental Chapel viewed from the rear

The North Aisle is enclosed by a wrought iron screen featuring the castle motif of the regimental badge. The Regiment’s battle honour, Egypt, is demonstrated by the pyramidal formation of the ceiling. 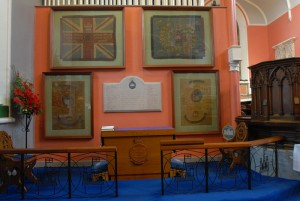 On the north wall, beginning in the east, is a series of Memorial Plaques and Memorial windows, including windows for the two regiments. 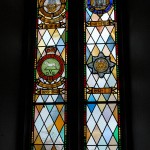 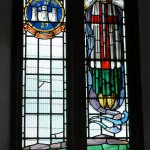 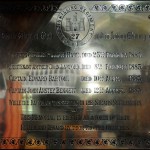 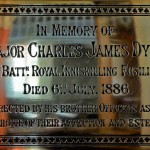 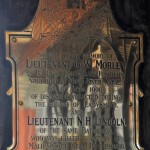 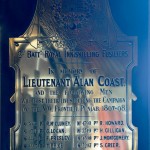 Outside the west entrance to the chapel is a Remembrance Book which records all ranks of the Inniskilling Fusiliers killed in action from 1815 to 1945. 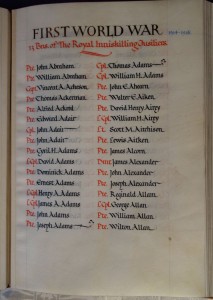 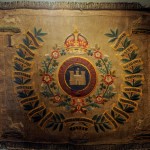 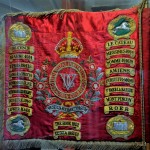 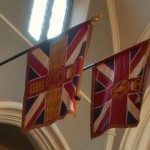 On the west wall at the rear of the chapel is the last Standard of the Vth Royal Inniskilling Dragoon Guards, laid up in 2014. 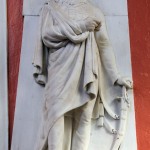 Against the north wall in the choir is a statue of General Sir Galbraith Lowry Cole, G.C.B., who commanded the 1st/27th Inniskillings at the battle of Maida, Italy, 1806, and later the 4th Division, which included the 3rd Battalion, 27th (Inniskilling) Regiment of Foot, in the Duke of Wellington’s army during the Peninsula War, 1808-1814.

Opposite is a statue of his brother, the second Earl of Enniskillen, John Willoughby Cole (1768-1840) in the robes of a Knight of the Order of St Patrick; he commanded the Fermanagh Militia. 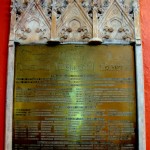 Beside the altar is a brass memorial tablet to the 183 men of the Royal Inniskilling Fusiliers who were killed or died of wounds or disease in the South African War, 1899-1902.

Elsewhere in the Cathedral are other memorials and flags of military interest. 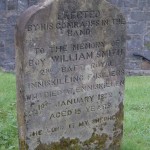 In the graveyard are several head stones on graves of soldiers who died while garrisoned in one of the barracks in Enniskillen. 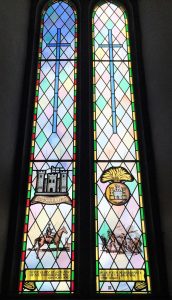 The new memorial window, installed to commemorate all who served in the Inniskilling Regiments in the First World War. 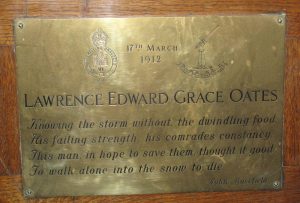 The newly installed Oates Plaque, in its third and, hopefully, final resting place.   It was originally presented to the regiment at the Granting of Freedom of the town to the 5th Royal Inniskilling Dragoon Guards, and initially installed in the Town Hall.  Later moved into storage in the County Museum before being put on display in the Inniskillings Museum.