This article was written by WR McDowell (Cdr RN Rtd)

I work with a small team of museum volunteers whose task for the past four years has been to collate all the artefacts possessed by the museum, both those artefacts on display and those not on display (due to lack of space). Many of the latter items had been stored in boxes, some for decades, and no one currently working in the museum had sighted them.

So each Thursday the team had the job of decanting these storage boxes which were often full of silver tableware, silver trophies, items of uniform, badges, medals and personal items. Much of this is now displayed in the Reserve Collection.

Just over a year ago we opened a box and out came a large silver bowl and I noticed straight away that the inscription on the bowl included the letters ‘HMS Drake’. The inscription read: ‘Presented to the Colonel and Officers 3rd Battalion Royal Inniskilling Fusiliers by the surviving officers HMS Drake October 2nd 1917’.  As a retired Royal Navy officer I could not wait to return home and “Google” it. 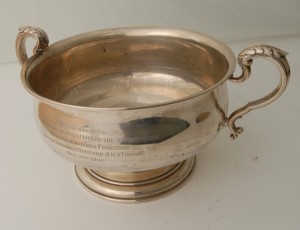 The following week the team decanted from another box a handsome mahogany and silver shield intended as a billiard trophy. This bore a similar inscription but from the Senior Ratings Mess. 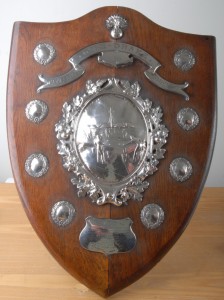 HMS Drake, a 14000 ton ‘Drake’ class armoured cruiser had been launched at Pembroke Dock in South Wales in 1901 and commissioned at Portsmouth in January 1903. At 23 knots she was one of the fastest cruisers in the world at that time. 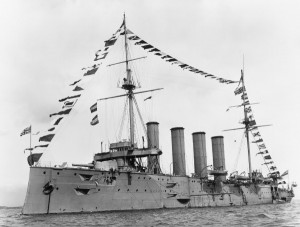 Her second Captain was John Jellicoe who later commanded the Grand Fleet at Jutland and went on to be First Sea Lord and Admiral of the Fleet. Rear Admiral Prince Louis of Battenburg, father of Earl Mountbatten of Burma flew his flag from the cruiser from 1905 to 1907. In 1906 the Drake visited Bangor Bay and the Royal Ulster Yacht Club and returned in 1907 and 1908 to anchor off Portrush and permit visitors to visit the ship. Portrush is only a few miles from Rathlin Island where on 2nd October 1917 the ship would have a fateful encounter.

On that day Kapitanleutnant Otto Rohrbeck, Captain of German submarine U79 was five miles north of Rathlin Island in calm waters. 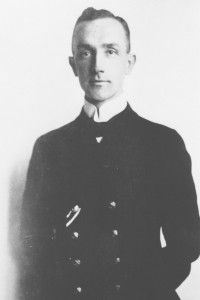 Convoy HH24 had been escorted across the Atlantic by Royal Navy ships including the Drake but as planned she had detached from the convoy to enable the individual ships to split and go to their individual discharging ports.

Rohrbeck spotted the cruiser at 9.55am and realised the ship was on course to pass him on her way to the Mersey. He lined up U79 and fired a torpedo which hit Drake in the second boiler room killing sixteen stokers and two artificers. 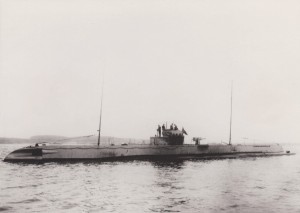 Within five minutes the ship had a five degree list and the decision was made to take the ship into the relative safety of Church Bay, Rathlin Island. The ship was proving more difficult to steer as it approached the island and the list was becoming more severe. At 1146 HMS Drake dropped anchor close to shore with a mere 15 feet of water under her keel. 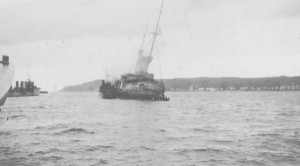 As the ship continued to list the crew were ordered on deck where they were fed tinned meat, bread and jam served with welcome hot tea. There is no record of there having been an issue of rum but from my naval experience I suspect this would not have been overlooked.

With the plight of the ship getting worse 900 were taken off; the last to leave was Captain Radcliffe, the Commanding Officer. 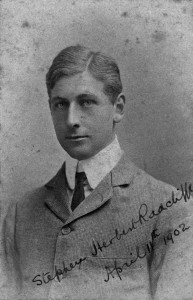 Shortly afterwards, with a great rumble the Drake turned over and sank in the shallow waters of Church Bay. Eventually the crew were looked after by the Inniskilling Fusiliers at Ebrington Barracks, near Londonderry and thus the bowl and the shield were presented as a means of saying thanks to the “Skins”.

As a footnote to the above brief description of the fate of HMS Drake, I had a call from Ian Wilson who was in the final stages of completing his book “HMS Drake Rathlin Island Shipwreck” and during his research had uncovered the existence of a shield and bowl. He was seeking the whereabouts of these artefacts and I was able straight away to tell him they were in the Inniskillings Museum and I was able to supply pictures for inclusion in his book. Had he called a few weeks earlier no one would have been aware of the two very interesting pieces which are now on display in the museum. If you want an exciting and informative read then I recommend “HMS Drake Rathlin Island Shipwreck” by Ian Wilson published by Rathlin Island Books ISBN 978-0-9568942-5. 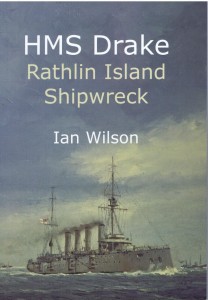 HMS Drake is nowadays one of the most popular diving sites. A number of factors contribute to this. First, it is in relatively shallow waters (18 metres). Second, the waters are relatively clear. 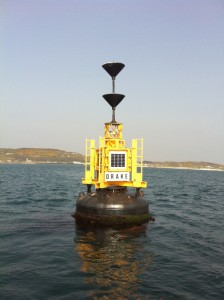 If you like diving, this wreck is worth exploring. 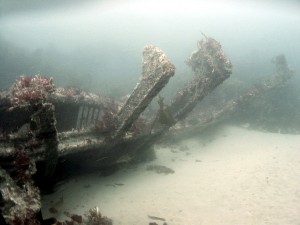 0 comments on “THE DRAKE BOWL”

1 Pings/Trackbacks for "THE DRAKE BOWL"