The Royal Inniskilling Fusiliers in the First World War 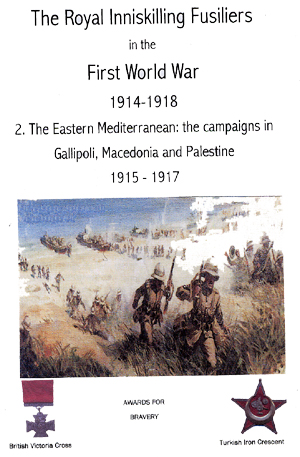 The Eastern Mediterranean: The campaigns in Gallipoli, Macedonia and Palestine, 1915 – 1917.

A ten page booklet, with maps, describing the Inniskillings’ involvement in the landings against the Turks at Gallipoli in 1915, their fight against the Bulgarians in Macedonia and their participation in the successful defeat of the Turks in Palestine.