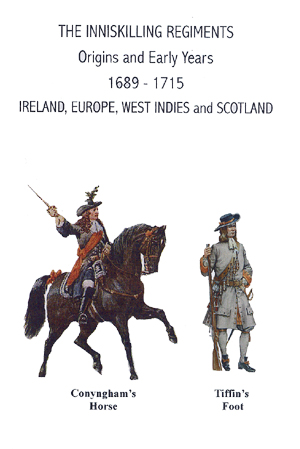 A 12 page booklet which begins with the story of the part played by the Inniskilling regiments of Foot and Horse in the Williamite war in Ireland between 1689 and 1691.

Included are the battles of the Boyne and Aughrim.

After this the regiments played their part in the turbulent history of Great Britain in the early years of the 18th century.

Of great interest is the story of the Inniskilling Foot in the West Indies between 1701 and 1706. The figure of John Johnston emerges who was the commander of a grenadier company and made his name as a military engineer.

His life ended in a shooting incident at the hand of a local planter.