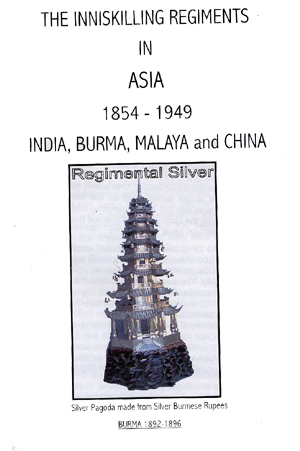 A ten page booklet covering such campaigns as the regiments’ involvement in the suppression of the Indian Mutiny and campaign on the North West Frontier of India in the Khyber Pass.

The Inniskilling Fusiliers also garrisoned in Burma and fought in two campaigns against the Japanese in the Second World War.

They also served in China before the First World War and against Chinese communist guerrillas in Malaya after the Second World War.