The Exploits of Ensign Bakewell 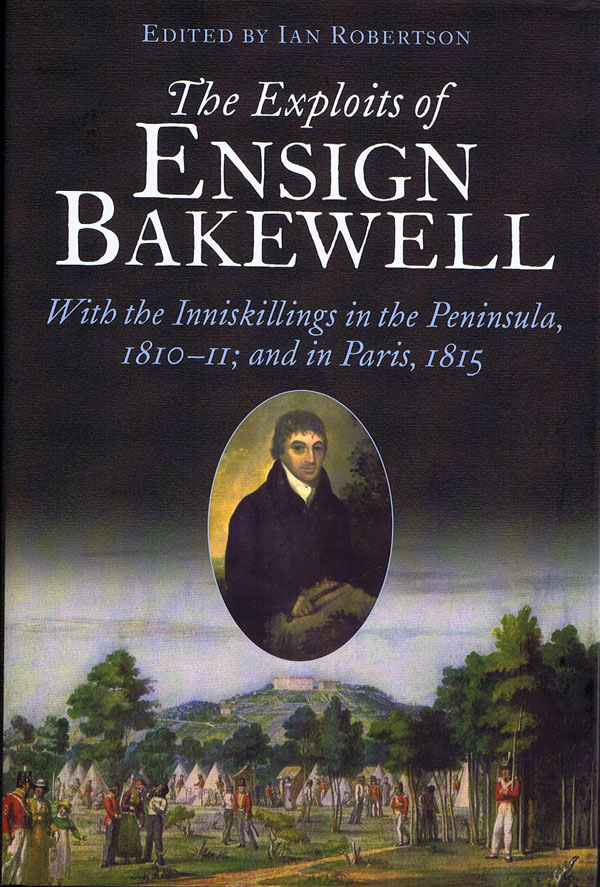 Ensign Robert Bakewell’s narrative is largely a first-hand account of the engagements in the Peninsula of the 27th Regiment of Foot during their advance from the Lines of Torres Vedras in pursuit of Marshal Masséna, their subsequent march on Badajoz, and the first siege of that fortress, coinciding with the carnage at La Albuera.

The second part describes the French flight from Waterloo, and of great interest – as rarely revealed before in any military narratives – are the experiences and exploits of a young officer while encamped in the vicinity of permissive Paris, both on and off duty. Bakewell does not conceal his interest in food and drink, in waltzing and wenching – he had a penchant for Les Parisiennes – when not ‘seeing the sights’ of the opulent imperial capital.

Bakewell’s habitual inclusion of precise times of days and dates would confirm that a high proportion of his text was compiled from notes jotted down each day in a diary. Laced with humour and irony – although often touchingly naïve – Bakewell’s accounts of his marches, the actions in which he participated, and the privations he suffered, have an immediacy that endears him to the reader, and provides – as few historians can – the sense of actually ‘being there’. Although of no great literary pretention, this is a valuable contribution to the number of Peninsula War narratives which have come to light in recent decades.

The first publication of one of the very few memoirs of members of the Inniskillings in the Peninsula.

Provides a rare description of Paris during the first weeks of the Allied Occupation in 1815.