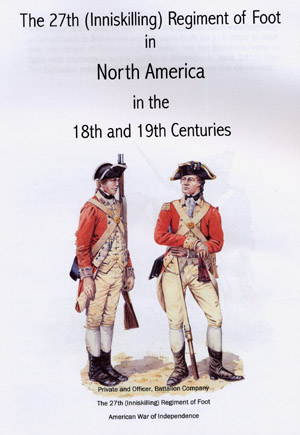 An eight page booklet which tells the story of the Inniskillings’ three campaigns in North America.

The first occasion was the Seven Years War 1756-63, when the British and the French with their respective Indian allies fought for control of the Hudson and St Lawrence River valleys.

The 27th Inniskillings campaigned in the Hudson valley as the French forts on the route north towards Montreal were captured.

For a brief period during the American War of Independence the 27th was part of General Howe’s army in the area of New York and Philadelphia.