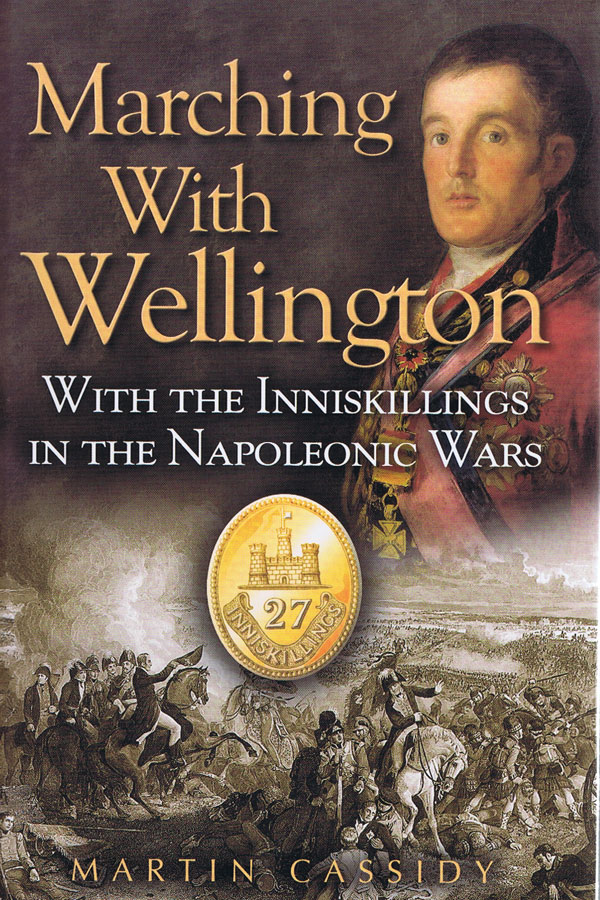 The Napoleonic Wars hold an irresistible fascination for so many readers of military history and there have been more books written on the subject than almost any other period. Yet the majority of accounts covering the dramatic action in the Peninsula and France concentrate on the role of ‘fashionable’ Guards, Cavalry and Light Division regiments, the part played by Infantry of the Line has all too often been overlooked and ignored.

Thus, distinguished military historian Martin Cassidy’s work Marching With Wellington, which sets out to redress this in balance, will be warmly welcomed. Drawing on primary sources, the author describes the campaigns in the Peninsula and later into France and thence on to Waterloo through the records of the 27th (Inniskilling) Regiment. The result is a rich portrait of the period which brings to life the routine of every day campaigning, the hardships endured, the successes savoured and the disappointments and tragedies suffered.

At the climax at Waterloo on 18 June 1815 Martin Cassidy argues that, had it not been for the 27th’s heroic stand, the outcome of this most historic battle might well have been very different.