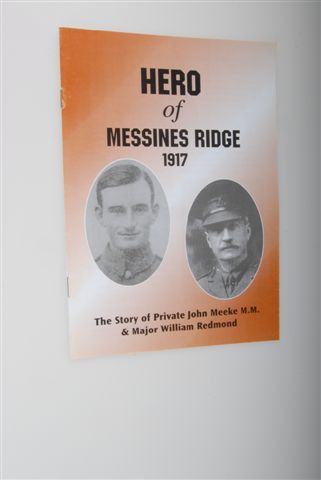 John Meeke was a stretcher bearer with 36th(Ulster) Division, who came from Co Antrim. Major Redmond was a brother of John Redmond, leader of the Irish Nationalist Party.

This eight page booklet tells the story of how these two soldiers, from very different social and political backgrounds were brought together in the confusion and suffering of war.