With the Royal Irish in Afghanistan, 2008 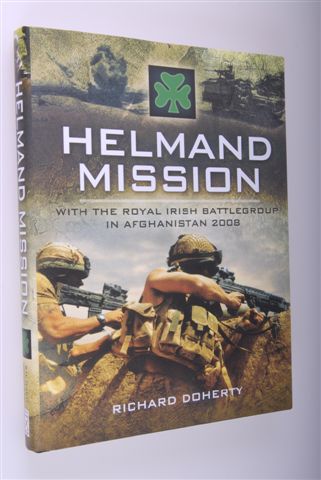 This is an 175 page illustrated book which tells the gripping story of The Royal Irish Battlegroup’s 2008 tour in Afghanistan’s Helmand province. It is often told in the words of those on the ground.  Their tasks included training of the National Afghan Army and many of its engagements were alongside Afghan soldiers. The Company that deployed with 2 PARA Battlegroup saw intense action against the Taleban and their IEDs (Improvised Explosive Devices).

As well as capturing the atmosphere of life in the front line, the book tells of the vital work of the rear party which supported the families, especially those whose members suffered injury or death.