A famous soldier, politician and colonial governor from County Fermanagh.

Lowry Cole was the second son of the first Earl of Enniskillen, William Willoughby Cole, of Florence Court, County Fermanagh. 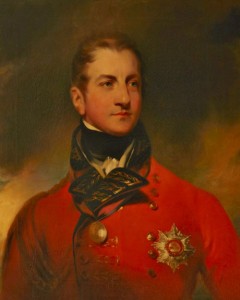 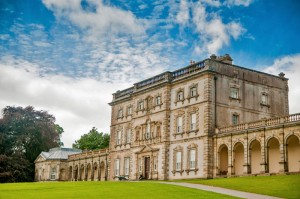 As was common at the time amongst the younger sons of the gentry,

Lowry Cole entered the army, and started his military career at the age of fifteen in a cavalry regiment. He rose in the ranks, and was on the general staff in Ireland during the 1798 United Irishmen uprising.

In 1789, he was returned as MP for Enniskillen in the Irish House of Commons.  In 1803, after the Act of Union, he was elected MP for County Fermanagh in the London House of Commons, a seat he held for 20 years.

During his military career, his first association with the Inniskillings was when he commanded the 1st Battalion of the regiment, then known as the 27th Regiment of Foot, in garrison in Malta in 1805.

The island fortress had been captured from the Knights of St John by Napoleon in 1798 on his way to Egypt, and then taken by the British in 1800.  It was of great strategic importance as a naval base in the Mediterranean.

British forces were also stationed in Sicily, and in 1806 Cole commanded a brigade of 48 officers and 1200 men, which included 780 Inniskillings, in a small expeditionary force of about 5,000 men, commanded by Sir John Stuart, which landed in Calabria in southern Italy to encourage local resistance and attack the occupying French and discourage them from invading Sicily.

Maida is some 240 miles south of Naples. The outcome of the battle against French infantry and cavalry was a victory for Stuart. Though outnumbered, for the first time British infantry had stood up to and defeated the French. They fired volleys and charged with the bayonet. The battle lasted only about 15 minutes; Stuart lost 45 killed and 282 wounded while the French lost 490 killed and 870 wounded. The 27th Regiment received the thanks of Parliament, and Lowry Cole received a gold medal. 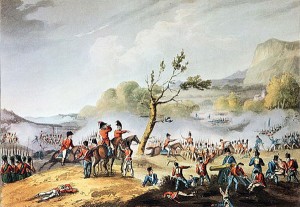 Lowry Cole was appointed commander of the 4th Division in Portugal and Spain, and was one of the Duke of Wellington’s senior commanders.  He held the rank of Major General, and was then promoted to Lieutenant General in 1813. The 3rd Inniskillings were part of this Division, which consisted of about 5,000-6,000 soldiers, divided among a number of regiments.

Cole commanded the Division in seven major battles, and was wounded twice, quite severely at Salamanca in 1812, when a musket ball penetrated his upper chest. 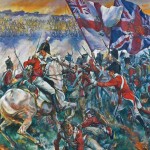 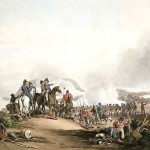 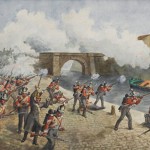 The Duke of Wellington said that the dinners that Cole provided when the army was in winter quarters were the best among his Divisional commanders. 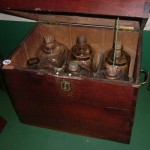 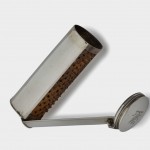 Cole missed the Battle of Waterloo in 1815 because he was on his honeymoon.  He married Lady Francis Harris, second daughter of the Earl of Malmesbury.

A fortnight after his marriage, he returned to France.  In a letter to his wife he said, “However I may regret – for I cannot help feeling a sort of regret at not having witnessed the glorious result of Waterloo – I feel at the same time that it is by no means improbable that I might not have survived that day”.

He commanded part of the Army of Occupation of France after the battle, and was based in Cambrai.   His letters record meeting the new king of France, Louis XVIlI and other princes, kings and emperors of the victorious allies. 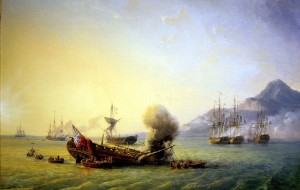 The British and French fight for Mauritius, 1809-10

The island was captured from the French in 1810. It was of great importance, lying on the trade route between India and the Far East. The French settlers were guaranteed their land and property, the continuation of the French language and their own civil and criminal laws.

After a voyage of 11 weeks Cole arrived there with his wife, five children and a retinue of English and Irish servants. As governor, he combined both civil and military offices.  He seems to have been a popular governor who was sensitive to the need to be conciliatory to the French settlers.  He warned the London government not to appoint senior officials from England. 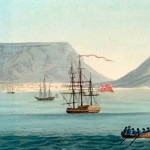 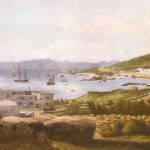 The Cape of Good Hope was an important staging post on the voyage from Britain to India and was captured from the Dutch in 1806.

There was a large influx of British settlers and by the time of Cole’s governorship relations with the original Dutch settlers were deteriorating.  The main cause was the government’s insistence in the use of English in all government business, in education and in the law courts.

Cole undertook an arduous tour of the frontier on horseback and wagon, sometimes camping, or staying with local officials or farmers. He was keen to improve roads to facilitate the development of agriculture and he supported the grant of farms to native peoples. However he did not see any future for the wine industry!  His wife, Francis, was prominent in campaigning to have coloured children taught useful trades.

An American tourist who dined with the Coles has left a wonderful description of Lowry Cole, his wife and children.

In 1833, he decided to return home to better provide for his children, now numbering seven, three sons and four daughters.

Cole’s name is perpetuated in South Africa in the name of a town – Colesberg and Sir Lowry’s Pass, near Cape Town. 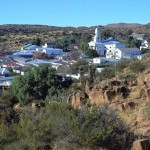 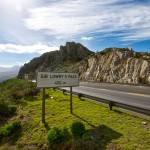 He was appointed Colonel of the 103rd regiment, then the 70th, then the 34th and finally the Inniskillings in 1826. 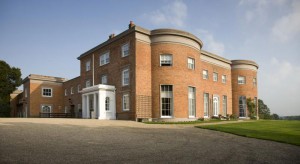 Highfield Park, where Cole lived after returning from Africa

He died in 1842 in England at his home, Highfield Park, Hampshire and is buried in the family vault below the Cathedral in Enniskillen.  A statue memorial is situated in the Chancel. 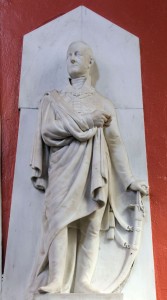 A monument to his memory was erected in Forthill Park, Enniskillen.   His statue, in Portland stone, made by the sculptor Terence Farrell, tops a 30m column.  The monument was begun in 1845 and took twelve years to complete. 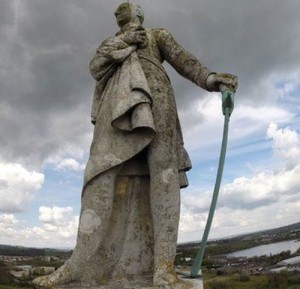